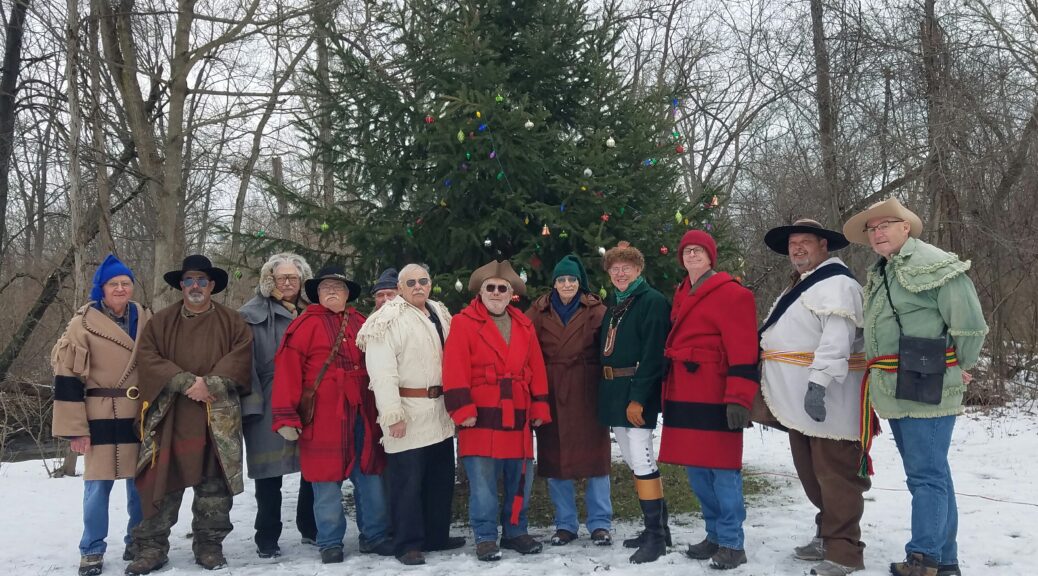 Twas the Tues Day before Christmas and all threw the club the muzzle loaders were shooting and so were the cops, the Christmas lights on the Clinton River were hung with care, because everyone knew the muzzle loaders would soon be there.
Two-tall made bean soup for the entire large group, in hope’s we would all see some new recruit’s.
Jim Estes (Drink) spent hours cooking 4 pies and 96 cookies, you should have seen the look on a few of the new rookie’s.
The river was moving as the firearms were shooting in hope’s that our sites would all be right.
The Targets and Clankers on the woods walk were hung, for all of our guns, in hopes when we shoot we would all have some fun.
The sites were checked between shot’s and checked again, just to make sure there was a Clank at the other end.
The Muzzle Loaders were loaded and primed with care (the gun’s), to shoot the wood’s walk if you so dare.
Tuesday’s we’re open for all to come by, to shoot our guns, eat, and enjoy some of Bill’s Dutch oven all most pumpkin pie.
Clinton River Muzzle Loaders Delaney Park on the River, open every Tuesday Year round 9am till 3pm food cooked by camp fire or Dutch oven , range open to all fire arms and Cannon’s up to 1″ bore limit. Open to members and Non-members
Come out and join us and have some fun but make sure you bring a few of your guns

The American pioneering spirit is being kept alive and well at the Detroit Sportsmen’s Congress by the Clinton River Muzzleloaders (CRM). Join us and take part in the great American family tradition of Black Powder Shooting.

Muzzleloading is held every other Thursday on the 50 yard range from 6 PM until dusk throughout the summer. Tuesday’s also feature the Mini Rendezvous on the Primitive Range, starting at 9am, that features food & shooting & fun. Come on out and enjoy a day on the range with your long rifle, smoothbore, musket, in-line or lever gun. Pistols and revolvers are welcome too! Sometimes we do cannons!

Our winter schedule features shooting on the Dequindre indoor range on Monday evenings with reduced loads in long guns as well as pistols and revolvers.

Black Powder cartridge rifle practice is every Monday night throughout the summer on the DSC state of the art 200-yard rifle range. This evening is open to anyone who wants to shoot at greater distances with his or her blackpowder cartridge or muzzleloading rifle.

A monthly primitive woods walk match is held generally, on the second Sunday of every month at the Delaney Park Primitive Range. This is a match that is shot from pocket or pouch and consists of more specific targets at nonspecific distances. This match that features primitive  costuming, can separate the prowess of the true long hunter from the would-be and is just great practice for hunting as well as fun for all!

The primitive Range and Woodswalk’s feature targets that can be shot with any muzzleloading long arm as well as many modern arms. Contact a committee member for details.

Also did you know that the Clinton River Muzzleloaders, Senior division, includes crew-served weapons, along with rifles and trade guns?