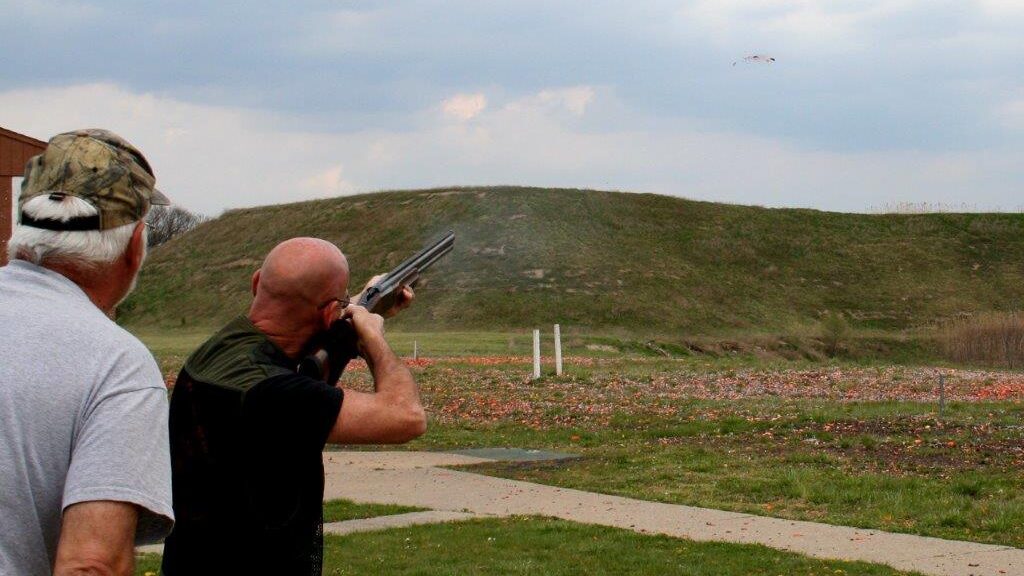 DSC has a five Skeet fields located on West side of the Dequindre Road Range Complex. Fields are open on an as needed basis. The Skeet fields all feature state of the art houses that not only look great, but also throw NSSA legal targets with great consistency.

Sporting Clays is a form of clay pigeon shooting that has been described as golf with a shotgun, the sport differs from trap and skeet shooting in that:

1. It is considered by many to be more difficult than trap or skeet.
2. It involves shooting clay targets at multiple locations (called stations).
3. Unlike trap and skeet, which are games of repeatable target presentations, sporting clays targets are thrown in a great variety of trajectories, angles, speeds, elevations and distances.